Unlike for some brands, surprisingly little information exists on the internet about the Raleigh Dynatech brand – despite being one of the coolest serious mountain bike ranges from a British manufacturer during the early nineties. To remedy this deficiency, over the next few months I plan to catalogue and showcase as much of the Dynatech range as possible.

To get things started I give you the 1991 Raleigh Dynatech mountain bike catalogue’s front page, whichhas to be one of my favourite catalogue front covers of all time: 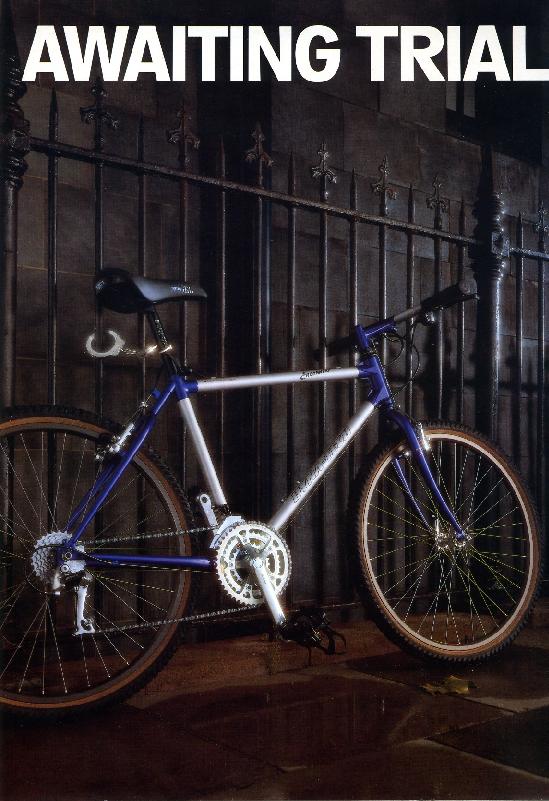 Depicting a Dynatech Encounter handcuffed on a dank backdrop, the imagery evokes danger and subversion, and the bike screams ‘ride me, as though you stole me’.

Check out this thread at retrobike to see a surviving Encounter close up.

I too have a similar Dynatech Mission frame and forks at home, awaiting trial, which can only happen once I’ve decided exactly how I’ll build them up… And I have every confidence it will be as fun to ride as my Dynatech Diablo STX or my M Trax 300 or 400.

One thought on “Dynatech: awaiting trial”