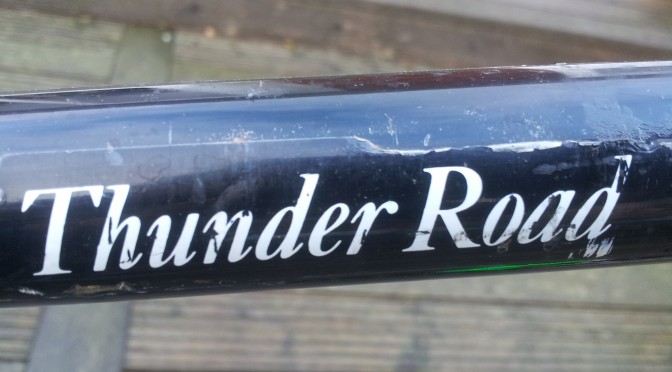 With its hand built, lugged and brazed construction, light weight Reynolds 531 tubing, and its distinctive paint work and decals, the Raleigh Thunder Road was near top of Raleigh UK’s late 1980s MTB range. 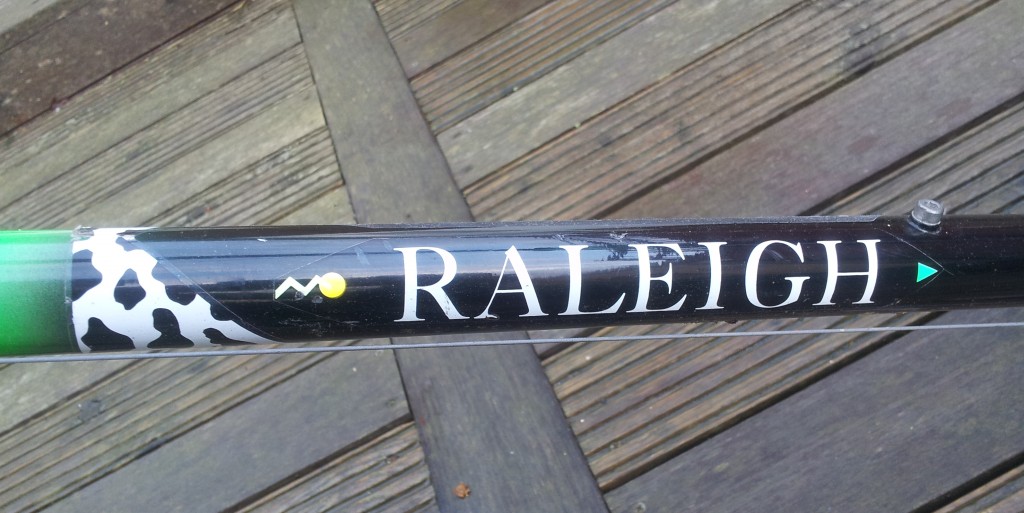 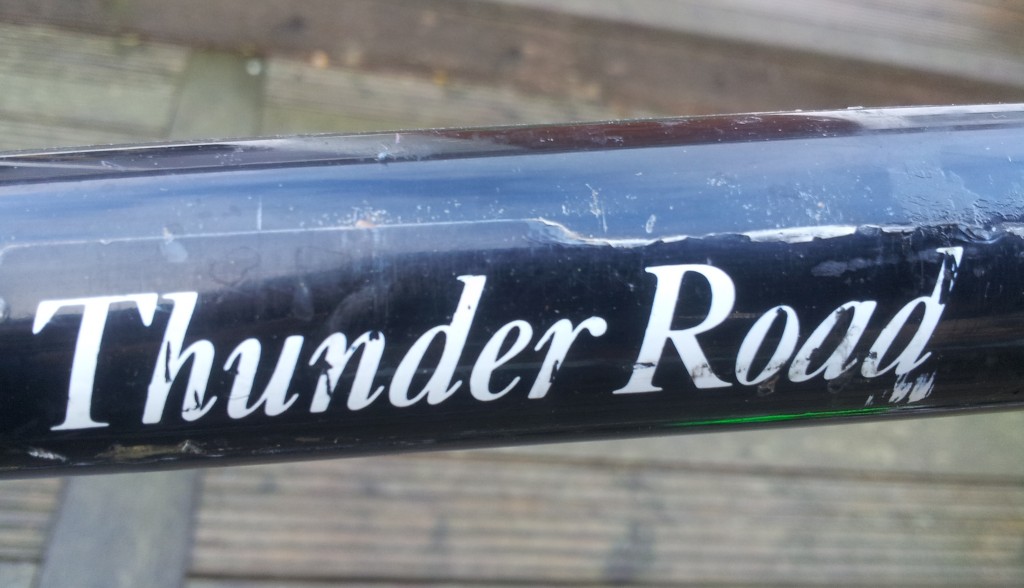 I acquired the complete bike for 30 pounds from ebay, and although many of the moving parts will need to be replaced, the frame is sound and the paintwork will clean up nicely. 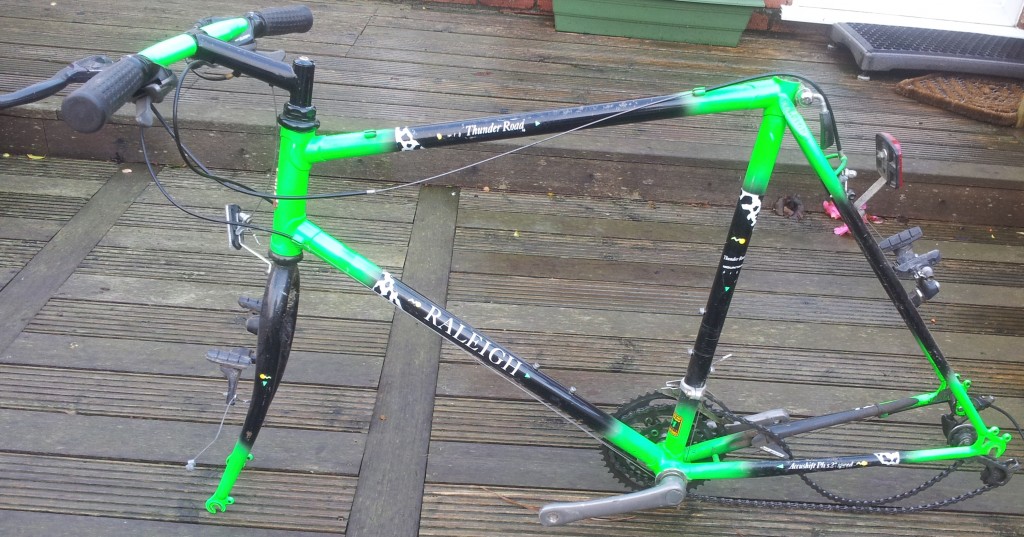 The use of Reynolds 531 Mang Moly tubing should give this frame a nice feel when ridden, compared to the cheaper, heavier and stiffer Chrome Moly steel more frequently used on 80s and 90s MTB frames. 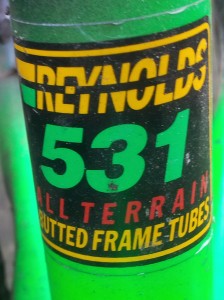 The joining of the seat stays and seat tube is very old school, but tended to be the weak spot of Raleigh’s brazed steel frames. Several former employees can attest that when an MTB frame was returned to them for replacement under warranty, very often it was due to a failure here. 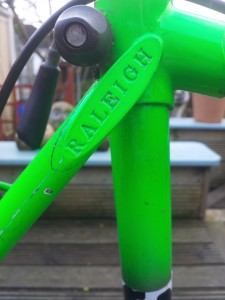