Several months ago I acquired a bike listed as a ‘retro Raleigh’ from ebay, with the aim of using it as a parts-donor for another MTB build currently in progress. 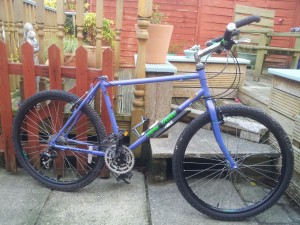 The bike turned out to be in mint condition, having been bought, ridden once or twice, and then stored away for 22 years, and the parts have been really useful for my Dyna-tech MT4 build.

The top tube decal was removed by the owner, who can’t remember which model he bought, so I was unable to identify the bike. What I can say with certainty is that this is a 1993 model (based on the groupset) from near the top of Raleigh’s cromo range of mountain bikes.

However, I’ve been unable to find a bike with the same colour and specifications in the 1993 Raleigh catalogue. The components match well those listed for the Peak: 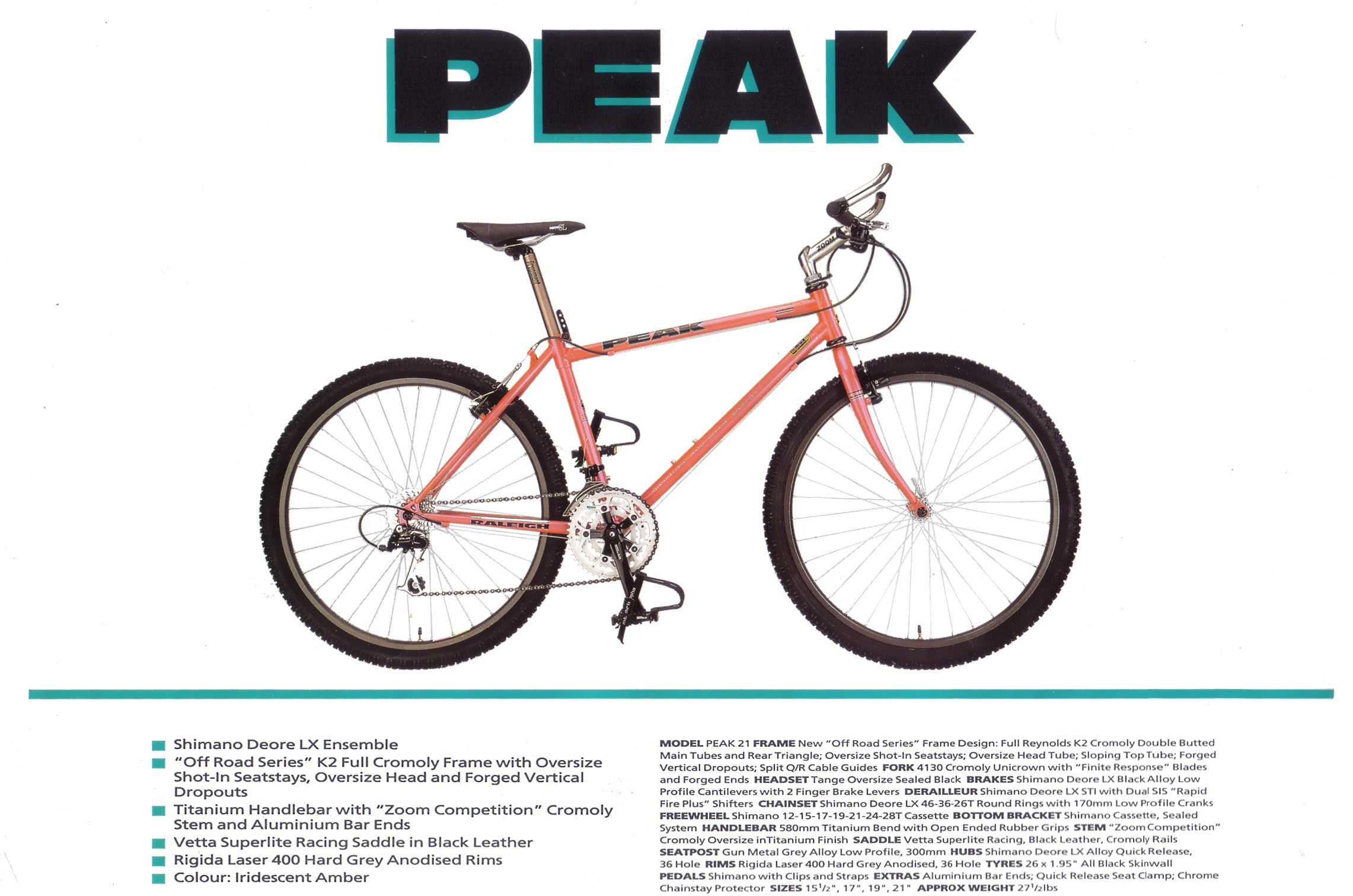 The Summit would have come with a suspension fork, otherwise being identical to the Peak: 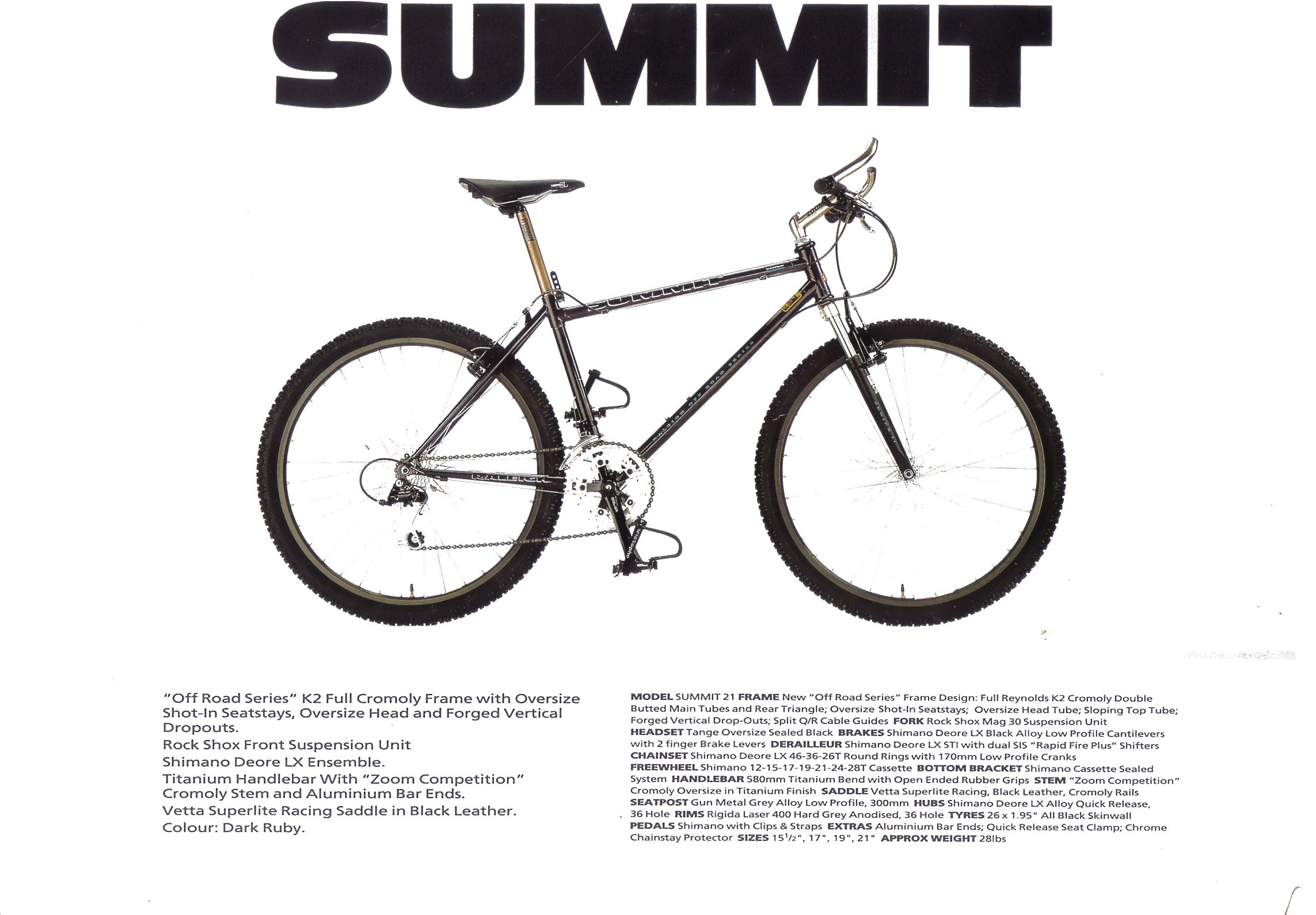 Lower down the range were the Apex, which would have had an Exage groupset (not Deore LX) and a Girvin suspension stem: 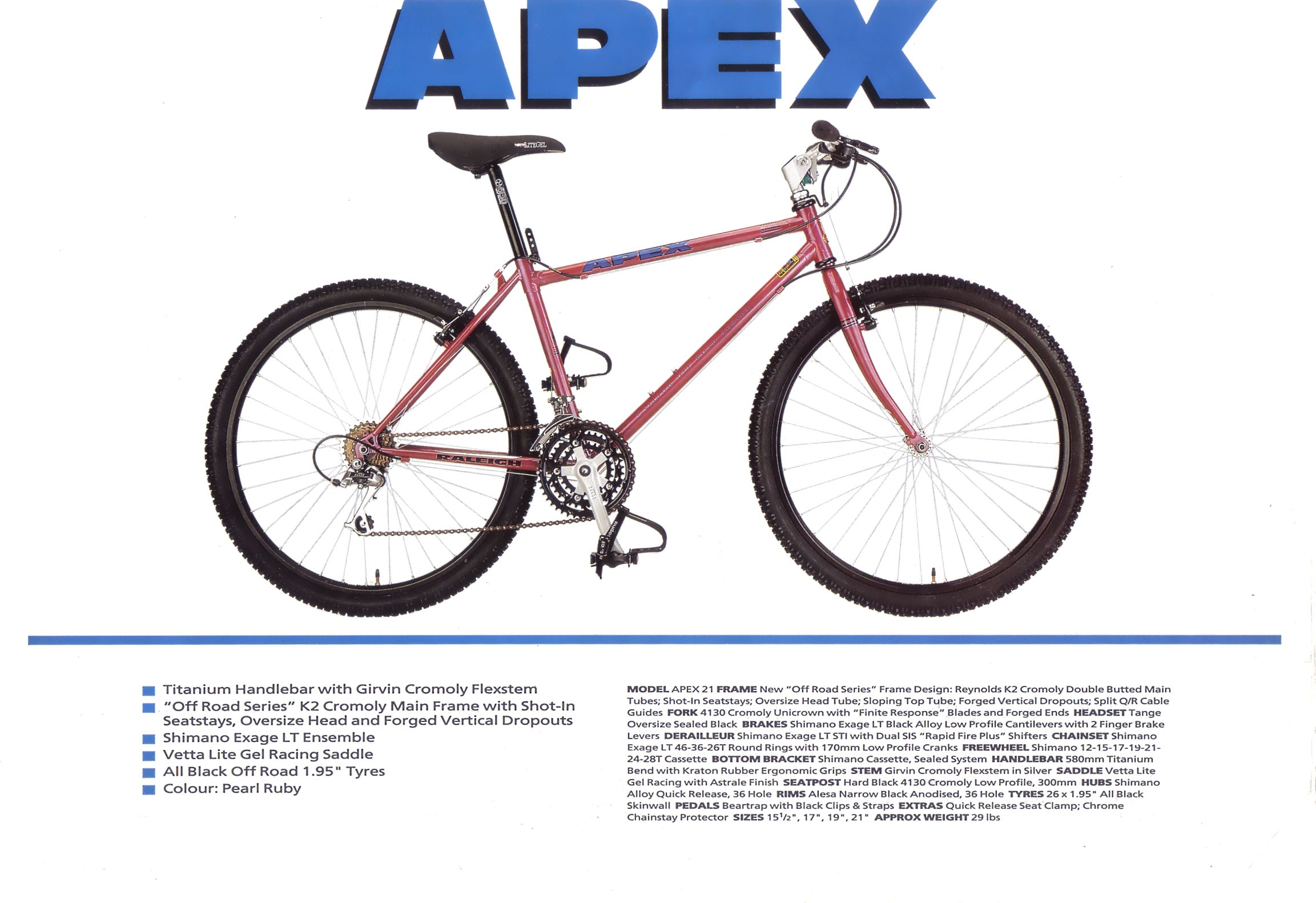 And below the Apex were the Strata and Ravine, again with cheaper groupsets: 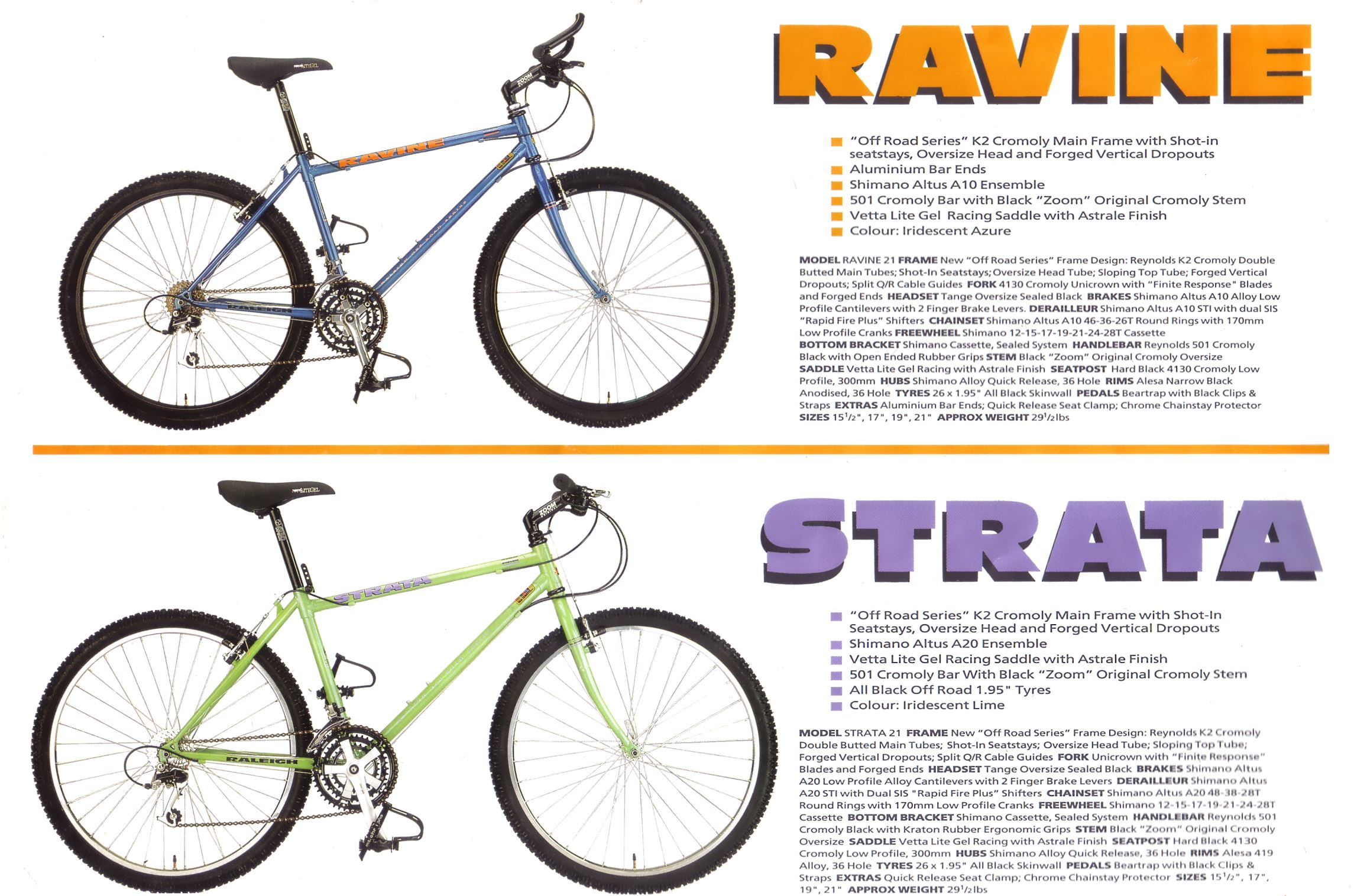 None of these bikes match the colour of my purple Raleigh. So what is it?

The only other unusual feature of my bike is the presence of a sticker from German bike retailer ZEG, making it probable that the bike was originally produced for the German market. The sticker says (in German) ‘exclusive model’, suggesting this may be a Peak produced by Raleigh for ZEG in a different colour. 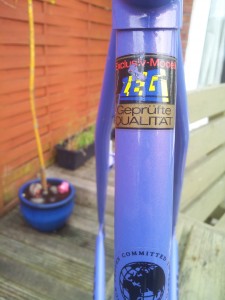 However, the original owner told me that he owned the bike from new, having bought it by mail-order from a bike shop in the United Kingdom, which makes the ZEG sticker all the more puzzling.

On the other hand, Raleigh were known to sell some of their bikes in alternative paint schemes – perhaps the pink paint job of the Peak didn’t go down well with some (male) consumers, and a purple and green variant was produced as an alternative. But this is pure speculation…

7 thoughts on “Raleigh Peak in purple”