In 1994, Raleigh introduced a new head tube badge for their Dyna-Tech range, which replaced the classic Raleigh heron badge. With its interlocking black and electric blue design, the new head badge was distinctive and alluded to the cutting edge technology contained within this range of bikes.

Check out this example of the 94 head badch, from velobase.com: As an M Trax owner who wished he actually was a Dynatech owner, I was unable to resist the urge to buy the Dynatech jersey, with its head badge inspired design. 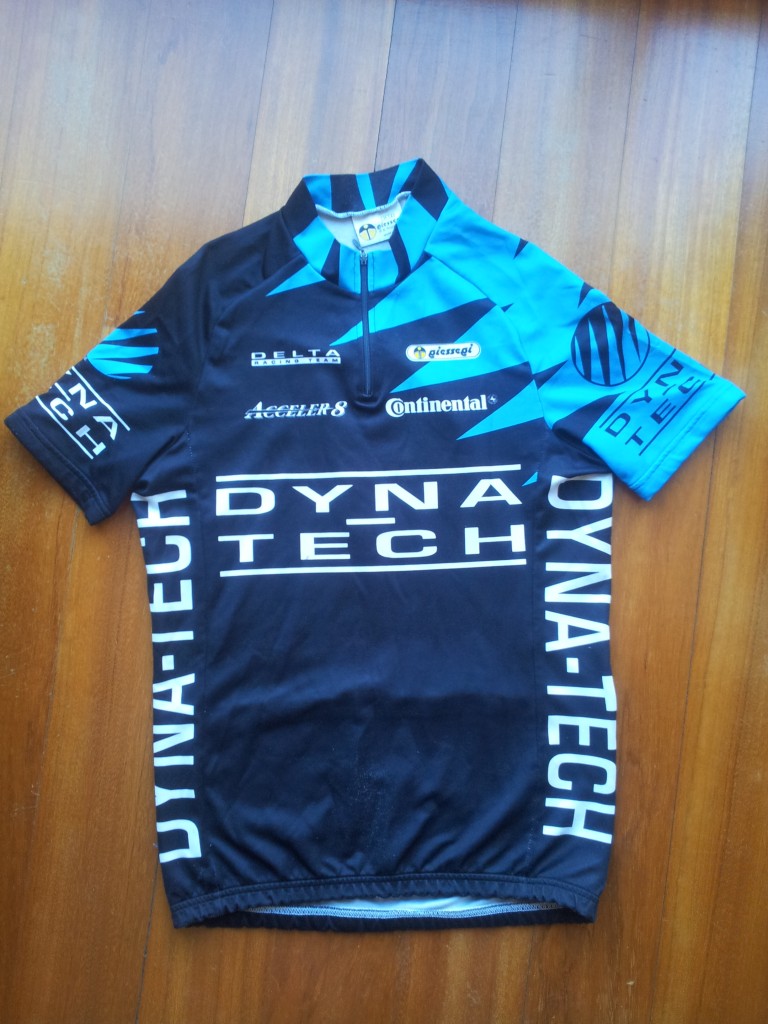 The idea seems to have been to distance the Dyna-Tech range from the rest of the Raleigh spectrum, at a time when Raleighs were increasingly seen as uncool, especially compared to UK brands like Orange, or American imports like GT and Marin.

The following year (some might say unfortunately) Raleigh abandoned the Dyna-Tech brand in favour of its recently created M Trax range. In terms of marketing and profits, this was probably a good idea, but to the detriment of Raleigh’s image among the more serious mountain bikers of the time.

I still ride a 1994 Dynatech Diablo, with UGLI forks, and it is one of my favourite bikes for regular cross-country rides. Sadly, however, my upper body outgrew the jersey sometime in the late 1990s, and I hang on to it mostly for nostalgic purposes – and to one-day have a replica jersey made up for my older, taller self to wear.

One thought on “Raleigh Dyna-Tech Jersey – one of a kind?”