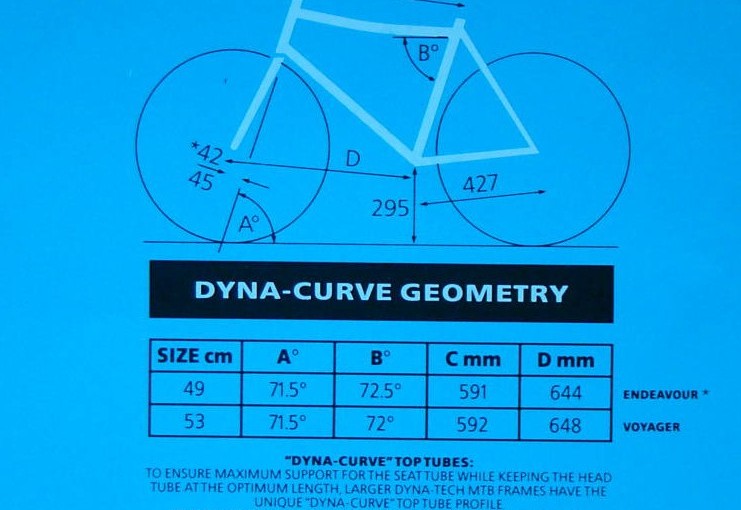 One of my projects is a 1990 Raleigh Dynatech Mission. I’ve heard great things about this frame, and I’m rather looking forward to getting it built up, when time permits. 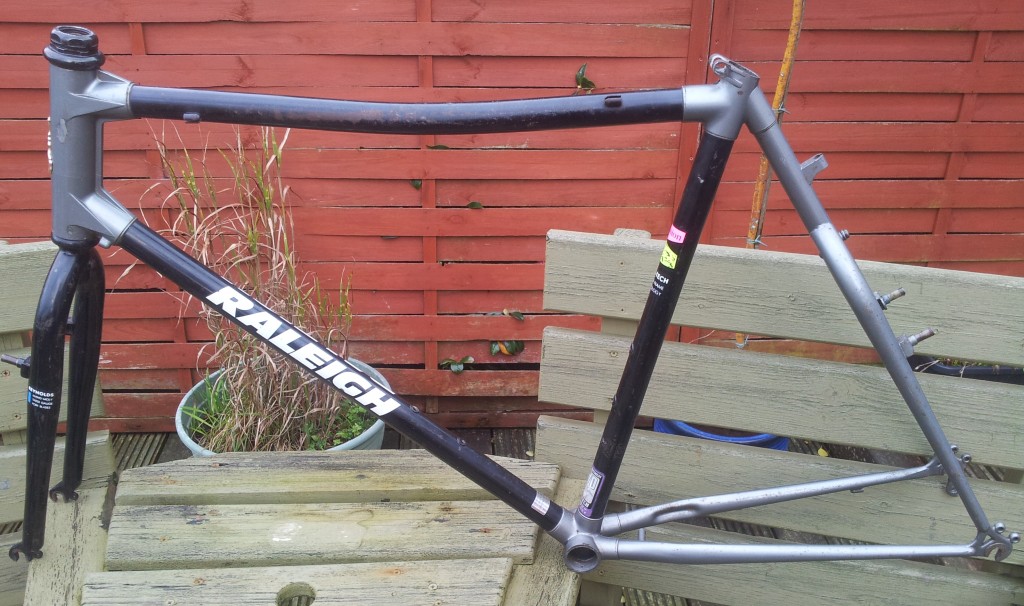 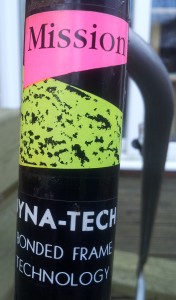 The frame is of an unconventional construction, having butted Reynolds 653 mang-moly steel main tubes (531 material, after heat-treatment), a Reynolds 531 Mang-Moly fork and rear triangle, and an aluminium head tube.

Look closely, and you’ll see the frame is lugged. But unlike most lugged frames, this one isn’t lugged and brazed. In fact, the main tubes are joined by bonding (using high-tech aerospace glue) into lugs. This actually makes for a stronger join than could normally be achieved through welding or brazing – the heat from which can reduce the tensile strength of heat-treated steel – and allows different metals to be joined (aluminium and steel in this case, but Raleigh also bonded titanium and metal matrix to steel and aluminium).

Raleigh often didn’t publicly acknowledge which tubing was used in their Dynatech ranges, preferring instead to invent their own tubeset designation. In the case of the Mission, Raleigh’s mix of Reynolds 653 and 531 was designated ‘2070 performance enhanced tube set’. 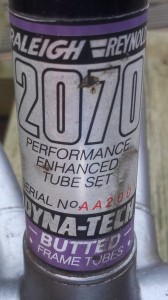 For comparison, my Dynatech Voyager‘s 2060 tube set has Reynolds 531 main tubes instead of 653, and a chrome-moly fork. 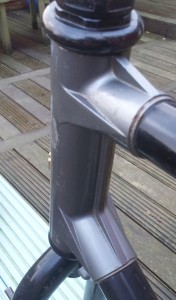 But what really sets my Dynatech Mission apart from other frames is its ‘Dynacurve’ top tube. Dynatech Missions are not exactly common, and frames with the Dynacurve top tube are even more of a rarity – so I feel pretty lucky to own one.

As the name suggests, the top tube has a noticeable curve, so as to “ensure maximum support for the seat tube while keeping the head tube at the optimum length” on larger models of the frame. 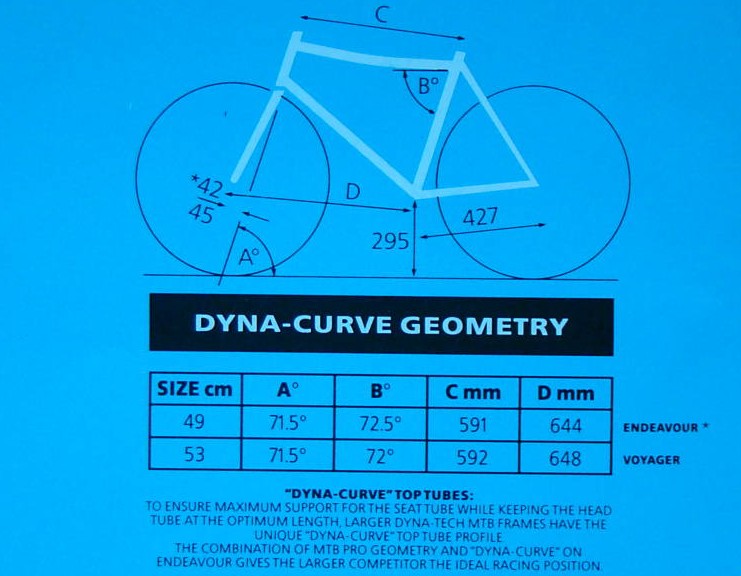 However, it’s not obvious why the Dynacurve is really needed at all. Other manufacturers managed to build large frames without the need for curved top tubes, but perhaps the issue is related to the bonded construction of the Dynatech. Regardless, I think it looks really cool!

See the photos below, linked from retrobike.co.uk, for a few more examples of Dynacurve frames.

Compare the above to the non-Dynacurve (smaller) bike below:

And another example of a Mission, again from retrobike.co.uk:

Photos of my own build will follow at some point in the future … watch this space!