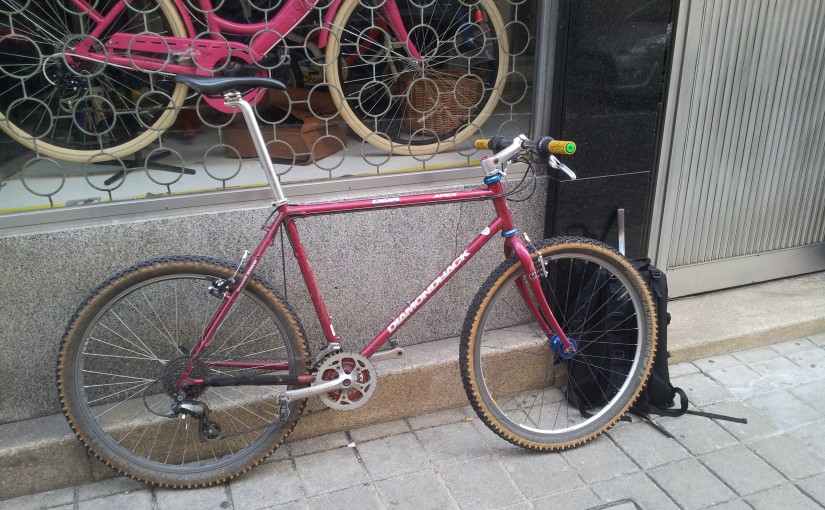 My Diamond Back Apex served me well over a period of 17 years, traveled with me to university in London, to the Spanish island I lived on for a year, then Mexico, Korea, and finally Portugal.

Its story starts in the summer of 1997. With my M Trax 400 showing its age, I thought it would be cheaper to simply buy a new bike, instead of keep replacing the moving parts as they each reached the end of their lives.

I opted for a sensible rigid steel bike, inspired by my best friend’s own 1994 Diamond Back Apex, and I wasn’t disappointed. Light, responsive and compliant, with a generally nice set of components, my Apex was a joy to ride.

After a hiatus of nearly a decade, it was on my Apex that I reconnected with mountain biking, but its geometry was a little problematic for my aging back, so I had to build a new, more suitable bike. When I finished building my Rourke 853, the Apex went into storage, and its frame forks were passed on to a new owner, whose re-build can be followed on this retrobike thread.

This is the final photo of my Apex, before its final disassembly and shipping over to the UK for its new owner. 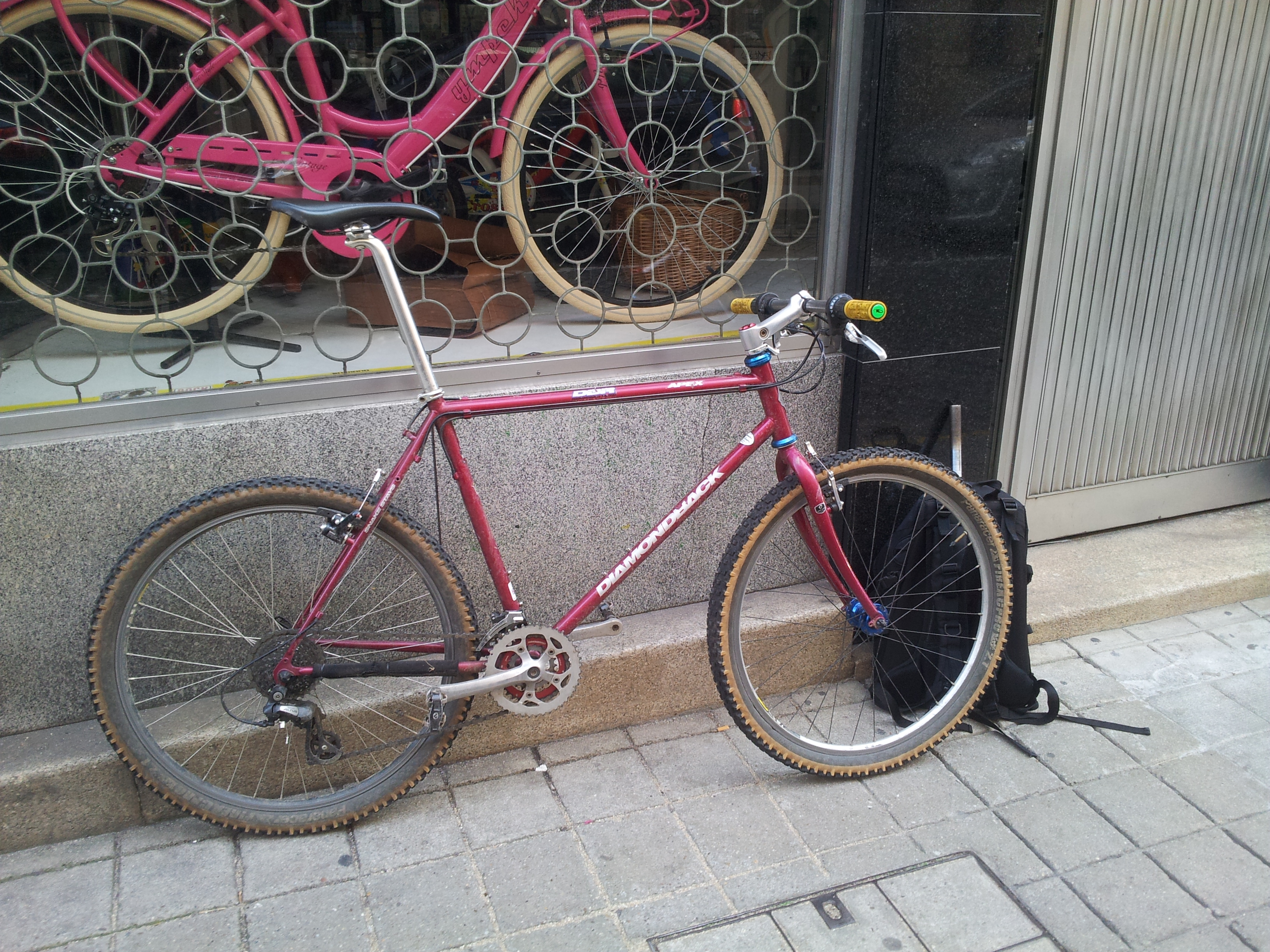