Its ‘Duo Tech’ frame featured an aluminium head tube, Reynolds 501 cromoly rear triangle, with titanium top and down tubed bonded into lugs. This unconventional design made for a frameset that is lighter than it looks, with some of the benefits of titanium, and a rear triangle with a great balance between compliance and stiffness.

The specimen above is owned by another retrobiker (see this thread, and amazingly, it looks almost all original). Photos rarely do justice to its paintwork, which was black with coloured metallic flakes.

Below is a page from the 1993 M Trax catalogue, hosted by retrobike.co.uk. 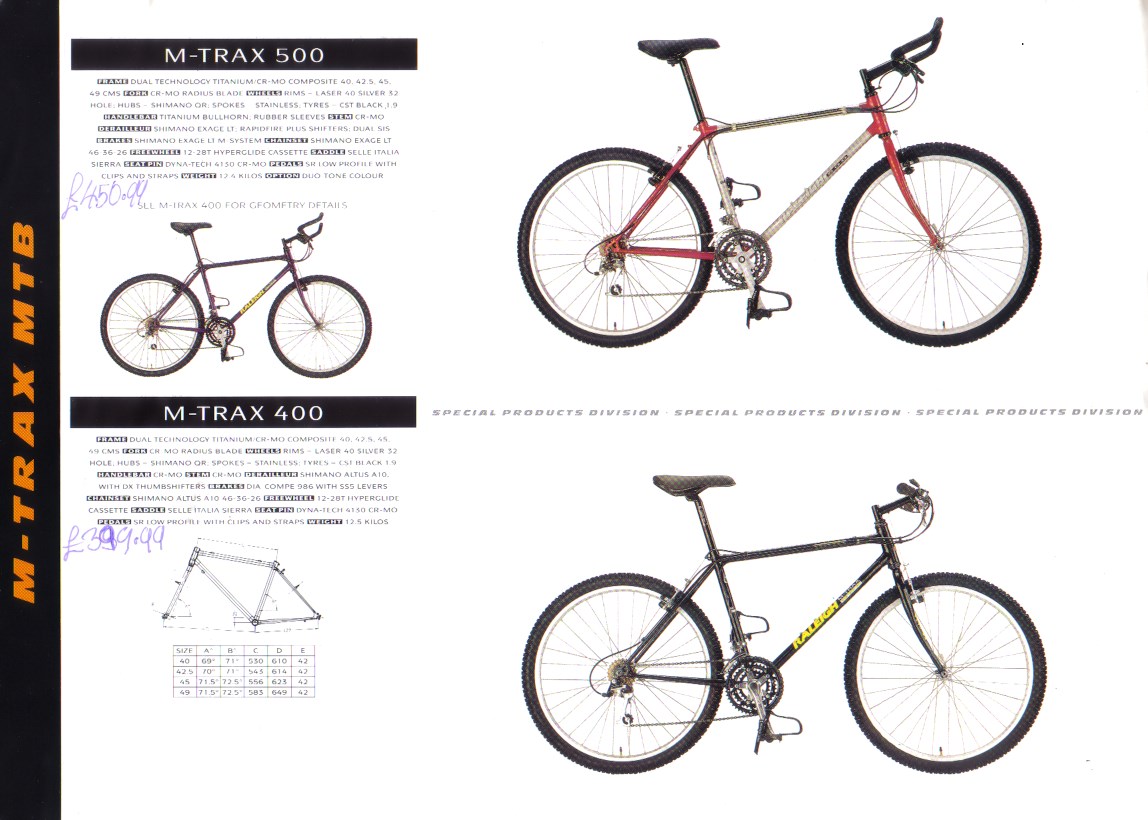 My only regret about its appearance is that Raleigh didn’t badge their M Trax range as the much cooler Dynatech instead. It’s been said that Raleigh thought ‘M Trax’ would sound more 90s and appealing to the youth of the day than ‘Dynatech’. However, as a teenager at that time, I just thought it sounded naff – perhaps among the worst named bike brands ever.

For all intents and purposes, this was a Dynatech frame with Dynatech components, with a (mostly) lower groupset than the contemporaneous Dynatechs.

I liked this bike so much, I bought two more like it, both of which I still ride regularly – my M Trax 300 and Dynatech Diablo STX.

Saddle and tires – no idea.

Upgrades made over the years